My Interior Design Story: from Crayons to Career 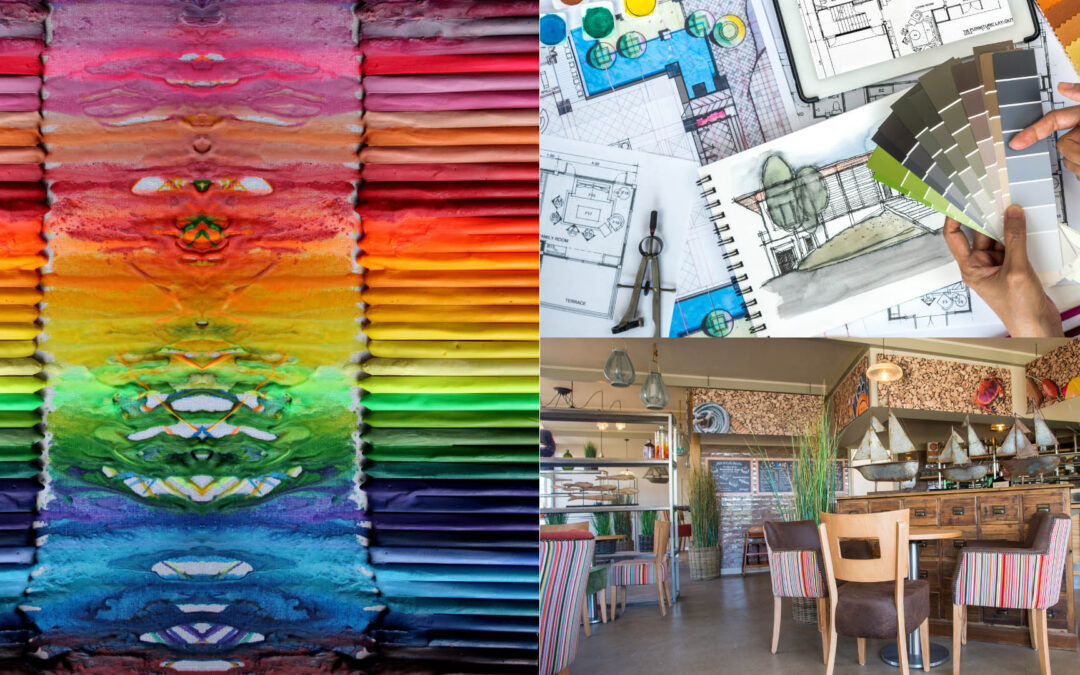 I was always destined for a creative job. At an early age, the signs of interior design were there, even in the way I would play. As a toddler, I took my crayons and coloured in the space between the skirting board and the underside of my Mom and Dad’s bed. I loved playing with Lego, as well as wooden counting and building blocks.

Throughout my school and college years, everything was mapped out – O-Level to A-Levels, Art Foundation, and then onto a Degree. It could have been graphic design, architecture, or even landscape architecture at one point, but I decided on ‘Interiors’.

But finishing university was quite a shock to my system. I suddenly didn’t have my life mapped out at all. I hadn’t secured a job and I wasn’t sure where I would end up. While many of my peers headed straight to London, this wasn’t a draw for me.

My first big break happened as I was heading to Cyprus for the summer with my sister to enjoy an extended holiday and possibly some job hunting in the sunshine. Just before I left, I had a call from Marston’s Brewery, where I’d completed my Uni work placement; they were hiring. I had my interview, I got the job, and I still got to go to Cyprus for 6 weeks before I started – result!

Marston’s was a dream job. I was part of the in-house design team; a young, close-knit group with almost complete autonomy over the designs we produced. We ran our own jobs from start to finish and had great fun. Some of the team are still my closest friends.

However, the fun wasn’t set to last. After 4 years, the brewery was taken over by a larger brewery, and design services were outsourced, resulting in the whole team being made redundant. This totally floored me; my first redundancy from my first job and a team of people I loved. Sadly, two further redundancies followed in quick succession.

In 2000, after a short period working on office designs, I decided to set up my own business, Vivid Design. I freelanced into other design consultancies, along with a few small projects of my own, but I found this to be a difficult time. I felt isolated and lonely when working at home (in those days there was no Zoom, emails were only just taking off with slow, dial-up internet speeds). Back then, the crux of the matter was that I wasn’t quite ready for the world of self-employment…

So, I learned CAD and threw myself back into an office environment, which led to 8 years in retail design. Although I didn’t have the same creative freedom as pub and restaurant design, there were a lot of similarities – using modular systems, speed of work (I thought pubs were quick until I worked in retail!), and an even larger emphasis on space planning. Two companies later and one further redundancy (again, the whole team!), I returned to leisure and hospitality through a company called Leisure Concepts.

After nearly 12 years at Leisure Concepts, I’d worked on a variety of different sized projects – from forest cabin retreats to multi-million-pound holiday park developments around the British coastline. I was fortunate enough to find another wonderful ‘work family’, a group full of creativity and camaraderie. But there were high stress points at certain times of the year. And it was one of these stress points that gave me a ‘stop the bus’ moment back in 2015.

Coming out of a busy winter period, work pressures usually eased during March and April, but in this particular year they did not. Added to a mix of personal stresses at home with family illness and accidents, I crumbled. I stayed too strong for too long and I reached breaking point. I needed 3 months off work and a phased return, but at that point, I knew that something needed to change. I just couldn’t keep going through the same stress cycle.

But it took a further 4 years and another high stress point for the jump to finally happen. We’d worked towards this point by selling our house, looking to buy cheaper so we would be mortgage free, and although the process had taken so long to get started, the actual decision to hand in my notice was quick and simple. I was driving into the office, it was sunny, the radio was on and the Take That song ‘Shine’ came on. It’s not a song I’d particularly taken any notice of before, but that morning I locked onto the words. I felt as if every word was talking about me and my situation – that was it, time to jump…

That was 12 months ago, and a lot has happened since then. We moved into our new home the day after I left my job and we completely renovated while living in it. I started the huge learning curve of running my own business, networking, and social media marketing. And then the pandemic hit…. But that’s a different story.

I’m still here, I still have good and bad days, and my stresses are manageable now I’m in control of my working life. I can never see myself going back to an office, so hold on for the ride…

Shine by Take That
You, you’re such a big star to me
You’re everything I wanna be
But you’re stuck in a hole and I want you to get out
I don’t know what there is to see
But I know it’s time for you to leave
We’re all just pushing along
Trying to figure it out, out, out
All your anticipation pulls you down
When you can have it all, you can have it all
So come on, so come on, get it on
I don’t know what you’re waiting for
Your time is coming don’t be late, hey hey
So come on
See the light on your face
Let it shine
Just let it shine
Let it shine
Stop (stop)
Being so hard on yourself
It’s not good for your health
I know that you can change
So clear your head and come ’round
You only have to open your eyes
You might just get a big surprise
And it may feel good and you might want to…

If you’re looking for an experienced interior designer to help you with a project, then I’d love to talk to you. Call 07943 878462 or email: hello@spginteriordesign.co.uk